HomeLe Petit PalaisHistory of the collectionsThe Vollard donations and bequest

The Vollard donations and bequest

An exceptional figure in the art market at the turn of the 19th century, Ambroise Vollard (1866-1939) was distinguished by the flair and audacity which saw him promote Paul Cézanne and Paul Gauguin as well as the Nabis group, the young Pablo Picasso, and Georges Rouault, when they were still unknown to the public.

Having come from La Réunion to study law in the capital, this son of a notary abandoned his studies to launch a career as an art dealer. After a brief apprenticeship in the Union Artistique gallery, he set up on his own in 1890, in a room at 15, rue des Apennins, a little out of the way in the 17th arrondissement, then took a better-placed store at 37, rue Laffitte. He moved several times within the same street as and when his means allowed him to lease larger premises. He was now in the heart of the art dealers’ district. Among the artists he was then supporting, there was one above all who would make his fortune and with whose name he would forever be associated. This was Paul Cézanne, whom he exhibited in 1895 and whose dealer he became in 1896. He bought numerous paintings from him at a modest price, at a time when no one was interested in his output. Vollard sold a few of these but kept most of them while continuing to promote the artist. He would later sell them off only very gradually, while Cézanne’s popularity, after his death in 1906, continued to rise and his number of admirers grew and grew.

Vollard achieved recognition for those whose works he bought, published, exhibited, loaned and sold all over Europe and as far afield as the United States. He even became an author, recounting his memories of those to whom he was closest and who in turn enabled his own success: Edgar Degas, Auguste Renoir and Paul Cézanne. In this way, he helped to construct a particular history of Western art at a time when the official Salon, hampered by a conservative attitude, did not recognise modern art.

While he was mainly known as a dealer, Ambroise Vollard worked as a publisher with unparalleled passion and pride. In his memoir, Souvenirs d’un marchand de tableaux (Memories of a Picture Dealer), first published in France in 1937, he relates with evident satisfaction the creation of his editions of prints, bronzes, and above all illustrated books by painters such as Pierre Bonnard, Maurice Denis, Emile Bernard, Pablo Picasso, Raoul Dufy and Georges Rouault. He took pride in having led these artists, whose paintings he also sold, into areas with which they were less familiar, such as painted ceramics and sculpture.

His successive Paris locations reflect his shift from the world of art dealing towards the publishing sector, even more than his fellow print sellers. In 1920, he moved to a townhouse at 28, rue de Martignac, close to the Eglise Sainte-Clotilde, at a time when the market in paintings had moved to the west of Paris. Financially secure, buoyed by his reputation, his stock growing exponentially in value and with his clientele firmly established, he withdrew to the capital’s seventh arrondissement. He no longer had a store, organised no further exhibitions or openings of his own, and made only an occasional sale. 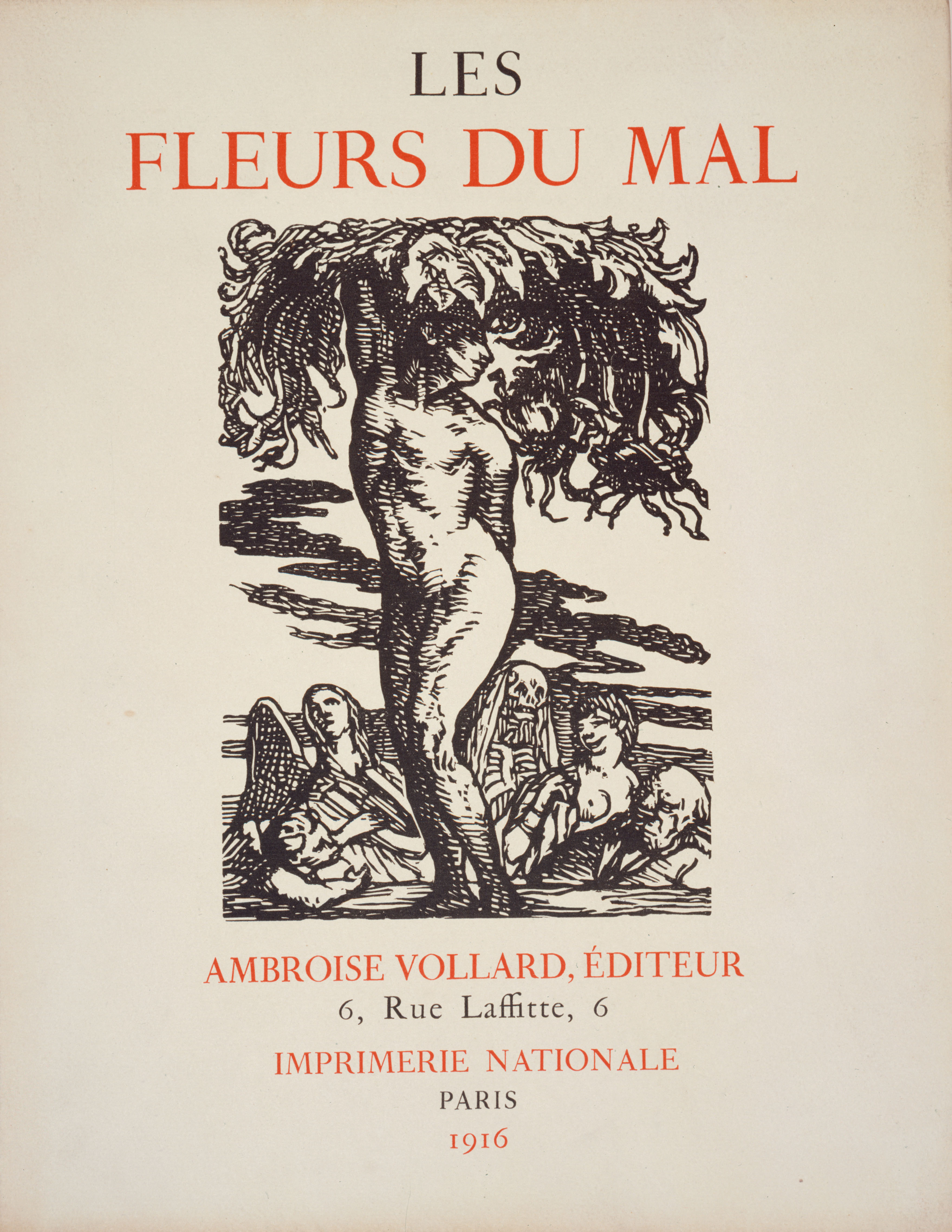 He did, however, invest continuously in new publishing projects. Devoting himself fully to this passion, he adopted the role of a perfectionist overseer of a vast network of partners, and took little interest in profit. For his expensive publishing projects, Vollard invested funds generated from the much more lucrative trade in paintings by the modern masters.

While Ambroise Vollard was rather discreet in person, he ensured active promotion of the artists he represented and of his publications. Although no longer organising exhibitions of his own, he lent himself happily to many events devoted to contemporary art or publishing. He had no fondness for older, academic art, nor for the institution of museums, and appreciated the willingness of successive curators at the Petit Palais to present living artists. This led him to provide loans to the Musée des Beaux-Arts of the City of Paris on several occasions, including for the Salon International du Livre d'Art (International Art Book Salon) of 1931 and for the exhibition Les maîtres de l’art indépendant, 1895-1937 (The Masters of Independent Art, 1895-1937) held in 1937. The successive donations he granted to this institution, in 1928, 1930, 1931, 1933 and 1937, confirm this good relationship. They are representative of the diversity of his accomplishments as a dealer and publisher, with seventy-six works, today divided between the Petit Palais and the Musée d’Art Moderne in Paris, inaugurated in 1961, combining paintings, graphic art, artist’s books, painted ceramics and bronzes produced by the artists who made up his Pantheon.

Ambroise Vollard died in 1939 with no direct heir, only leaving behind a will dating back to 1911, since when his situation had changed a great deal: he had accumulated in his home in Rue de Martignac a collection of masterpieces which was very difficult to estimate in value. In this old will, he bequeathed three paintings to the Petit Palais, including his important portrait by Paul Cézanne. His beneficiaries provided further pieces in 1950, when the dealer and publisher’s estate was settled.

"Julie Pissarro in the garden". Gifted by Ambroise Vollard in 1930

"Interior with pink hangings III". Gifted by Ambroise Vollard circa 1937

"The Wave". Gifted by Ambroise Vollard before 1937

Works by François Villon. Gifted by Ambroise Vollard in 1937