Sketch for a Monument to Marshal Moncey

Inscriptions: Inscription across the body of the figure symbolizing the Fatherland: "Barrière de Clichy" and "Vive l’Empereur"; numbers on the back of the base: "32" and "E 19.617"

Acquisition details: Gifted by Amélie Carpeaux, widow of the artist, in 1901

Sketch for a Monument to Marshal Moncey

Inscriptions: Inscription across the body of the figure symbolizing the Fatherland: "Barrière de Clichy" and "Vive l’Empereur"; numbers on the back of the base: "32" and "E 19.617"

Acquisition details: Gifted by Amélie Carpeaux, widow of the artist, in 1901

After the routing of Napoleon I in 1814, a coalition of European troops were at the gates of Paris. On 30 March, battle commenced, and was harsh and desperate, given the overwhelming superiority of the allies. Marshall Bon-Adrien Jeannot de Moncey (1754-1842) organised the defence of the city at the barrier of Clichy. With several thousand young and inexperienced volunteers, they resisted the enemy with heroic courage. It was this episode extolling the nation’s resistance which Napoleon III wished to celebrate. On 18 August 1861, Jean-Baptiste Carpeaux was therefore invited by the City of Paris to submit a project for the monument commemorating Marshal Moncey to be erected on Place de Clichy.

Carpeaux was a sculptor from Valenciennes, based in Paris since 1838. In 1844, he entered the École des Beaux-Arts, where he was a pupil of François Rude. He began his career in his native city, but the annual competition for the Prix de Rome, which under the Second Empire was still the key to state commissions, was one of the young artist’s objectives from the outset. After several unsuccessful attempts, he decided to leave Rude’s studio for that of the sculptor Francisque Duret. In September 1854, after ten years of work, he finally obtained the Grand Prix de Sculpture and travelled to Rome the following year. Upon his return to Paris in 1862 he enjoyed the Emperor’s favour and contributed to some of the major projects of the Second Empire. 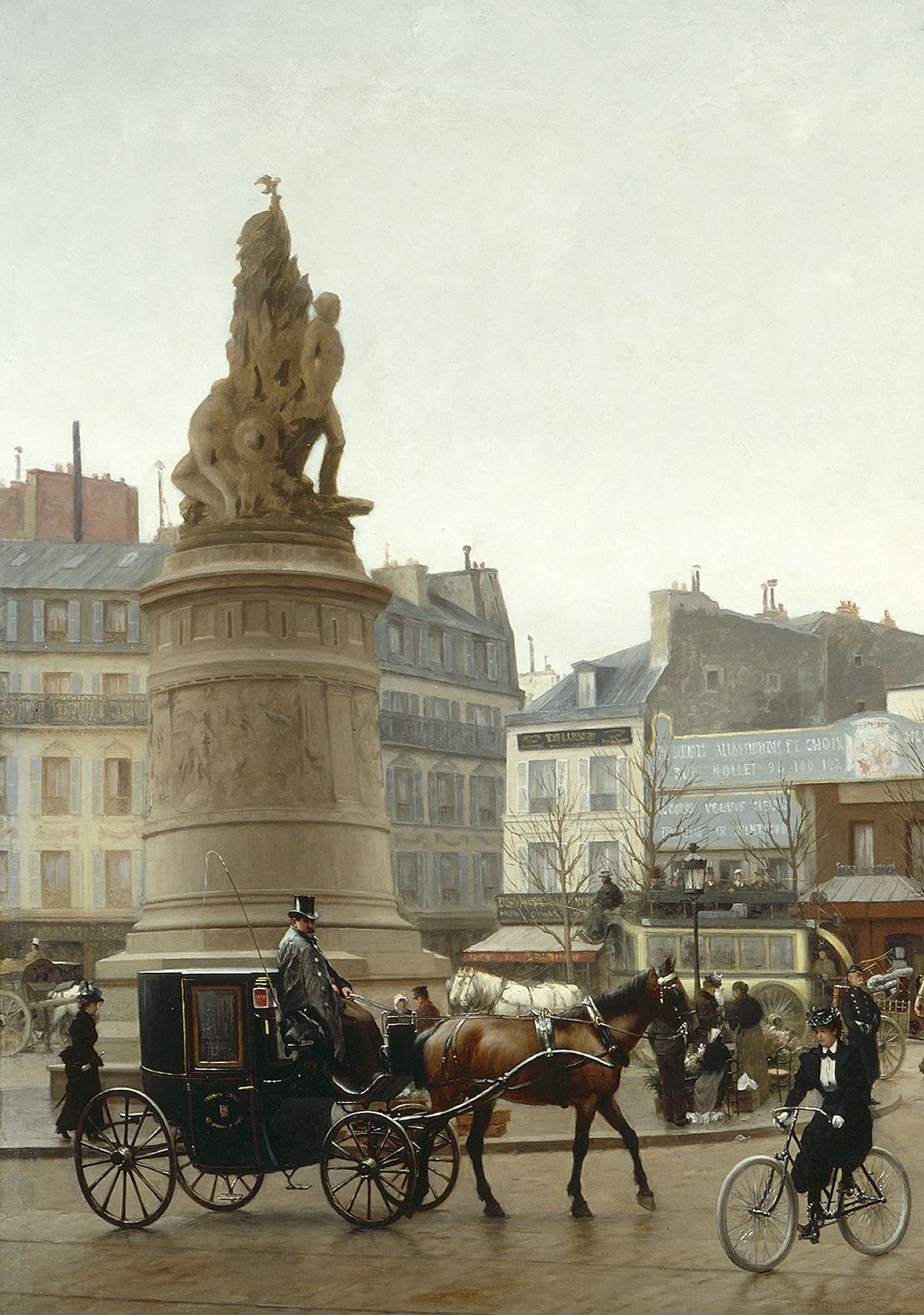 In 1864, he entered this imposing plaster sketch into competition, proposing an innovative formula thoroughly departing from the equestrian monument tradition since the Renaissance: the traditional pedestal disappeared in favour of a pyramid monument atop a simple base. In the lower register, combat is raging: it is composed of a sort of magma, vigorously modelled, a human avalanche of overlapping, entangled bodies, from which the hero emerges on a rearing horse. The apparent confusion of the work in reality conceals a skilful composition: the sense of movement is assured by the oblique, swirling lines, and by the central figure of the Homeland whose flag follows the momentum from bottom to top and from right to left. Carpeaux brings a truly epic dimension to this heroic act of resistance. For the profile of some of the figures and the positioning of accents of light, he takes inspiration from the painting of Delacroix and Géricault, two artists he admired.

This unusually daring sketch unquestionably remains one of the most original projects submitted by Carpeaux. It was, however, never completed: doubtless proving too controversial among artistic circles of the time, the project was side-lined in favour of the more academic entry by sculptor Amédée Doublemard (statue) and architect Edmond Guillaume (pedestal).

The collections portal can be used to search the collections of Paris’s 14 municipal museums (approximately 336,000 works, including 43,000 belonging to the Petit Palais).

It is also possible to download around 12,000 images of the museum’s works free of charge.

Access the Museums of the City of Paris collections portal

Discover a selection of databases online presenting works from the Petit Palais or documents concerning the history of the museum.