Materials and technics: Oil on canvas

These works are curently not on display

Materials and technics: Oil on canvas

These works are curently not on display

The painter Adam-François Van der Meulen was a native of Brussels who began his career in the Spanish Netherlands. From 1648, he trained with the Flemish battle painter Pieter Snayers. With his virtuoso technique and brilliant brushwork, the young painter’s reputation soon spread far and wide. Around 1664, he was brought to Paris by Charles Le Brun, ‘first painter’ to Louis XIV and director of the Gobelins Manufactory. Initially a landscapist at the Gobelins, he quickly obtained the role of “painter of the King’s conquests”, accompanying the monarch on all his travels and military operations. To this day, he is remembered for his chronicling of Louis XIV’s reign. 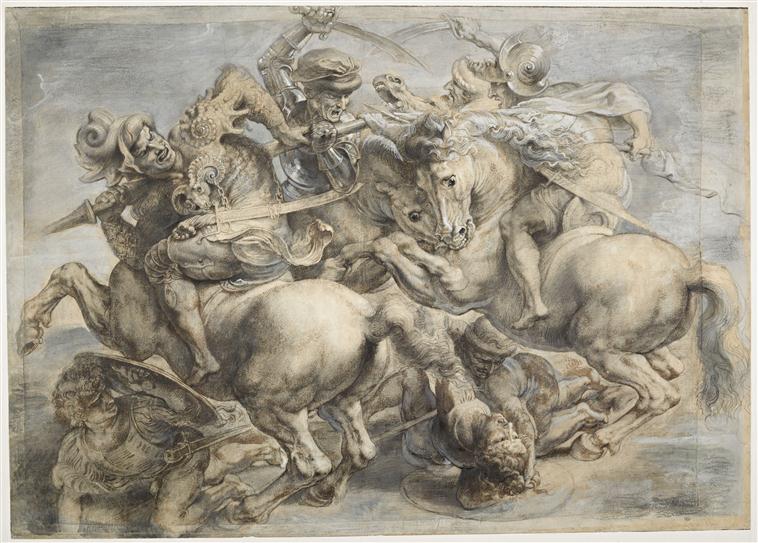 These two pictures are among the most accomplished of Van der Meulen’s Flemish period. During this time, he produced small scenes of the military genre in a style full of power and passion. Here, the fighting rages in the foreground: the two opposing cavalries rush brutally towards each other in thunderous, one-on-one combat. The group of combatants forms a swarming mêlée, akin to a single figure, from which emerges a rearing horse and rider brandishing his sword. The cavalry clash motif, perhaps the ultimate representation of the force of motion, invented by Leonardo da Vinci in his famous fresco of the Battle of Anghiari for the Palazzo Vecchio in Florence (now lost), was hugely successful for many artists.

But it was the importance attached to landscape which accounts for the originality of Van der Meulen’s battle paintings. Firstly, they present a realism never before seen: based on rigorous observation of reality thanks to surveys and studies in the field, Van der Meulen represents the locations with great topographical accuracy. The painter retained the taste for description and detail specific to his origins in Flemish painting. Furthermore, the attention paid to variations of atmosphere and light is remarkable. With a high degree of craftsmanship, and the lightest of scumbling, he masterfully paints the play of light subdued by foliage and the combats extending as far as the misty, distant horizon.

The collections portal can be used to search the collections of Paris’s 14 municipal museums (approximately 336,000 works, including 43,000 belonging to the Petit Palais).

It is also possible to download around 12,000 images of the museum’s works free of charge.

Access the Museums of the City of Paris collections portal

Discover a selection of databases online presenting works from the Petit Palais or documents concerning the history of the museum.