Ugo Rondinone’s exhibition at the Petit Palais comprises two ensembles of works enhanced by a new video installation. Revolving around human bodies in contact with the elements and nature, these works are in keeping with the multiple families of works produced by the artist since the late 1980s. Earth, sky, air, water and fire, associated with beings at rest or in movement, are invoked in the fulness of their spiritual dimension.

The first ensemble, humansky, welcomes visitors and immediately underlines the melding of being and the elements: seven moulded, suspended bodies embellished with a blue cloud-dotted sky «camouflage» confronting visitors with water and air.

The second group, historically the source of this trilogy, consists of nudes. Made from a blend of transparent wax and earth collected from seven continents, these sculptures also have a «camouflaged» look stemming from the mixing of their non-homogeneous components. They depict the bodies of male and female dancers seated and at rest. Created on a human scale, these nudes seem realistic at first, until the visitor, coming closer, discovers their clearly artificial aspect, particularly visible at the junction of their limbs with their bodies. These sculptures are thus «paradoxical» in their compliance with the Rondinone aesthetic: he plays on the «opposition» between what is expected of a dancer, and the pose he makes each one assume. Banishing any choreographed gesture and any reference to the stage space, these motionless, withdrawn bodies seem to have become one with nature, intensely concentrated and lost in a meditative state.

From one ensemble to the next visitors witness a process of bodies in mutation: moving from the ethereal suspension of humansky to the quasi-lethargy of the nudes, the bodies are «reborn» in the film burn to shine, whose presentation at the Petit Palais is a world premiere. The film is projected onto six screens inside a cylindrical space made of charred wood and forming a circle, a recurring geometric figure for the artist. The body is in movement here: 12 percussionists and 18 male and female dancers are gathered around a fire in the desert. Combining an ancestral trance from the Maghreb with the gestures of a contemporary dance conceived with the help of Franco-Moroccan choreographer Fouad Boussouf, they unite with nature from sunset until dawn, when the sun rises again.

According to the artist, the link between the first two groups and burn to shine is a desire for transformation: «The initial inspiration came from a poem by John Giorno titled ‘You must burn to shine’»: a Buddhist proverb about the coexistence of life and death, reminiscent of the much older Greek myth of the phoenix, the immortal bird that regenerates cyclically or is reborn in a different way. Associated with the sun, the phoenix receives new life by resurrecting from the ashes of its predecessor”.

Lastly, the artist has taken into account works belonging to the Petit Palais, with which his own are confronted here. He has turned to anthropomorphic sculptures from the museum’s collection to better «contextualise» the nudes and surrounded the cylinder of burn to shine with four paintings by Eugène Carrière. 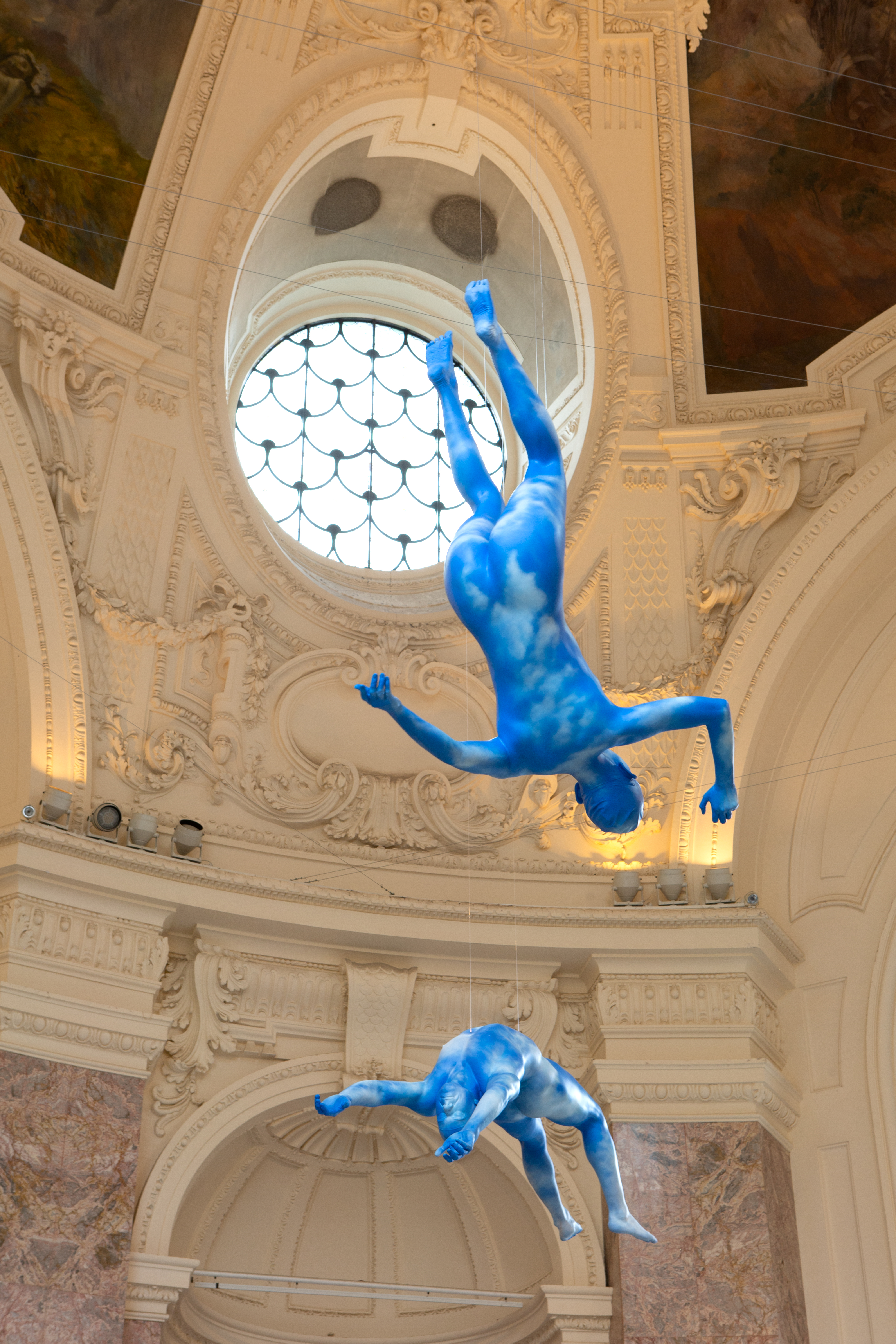 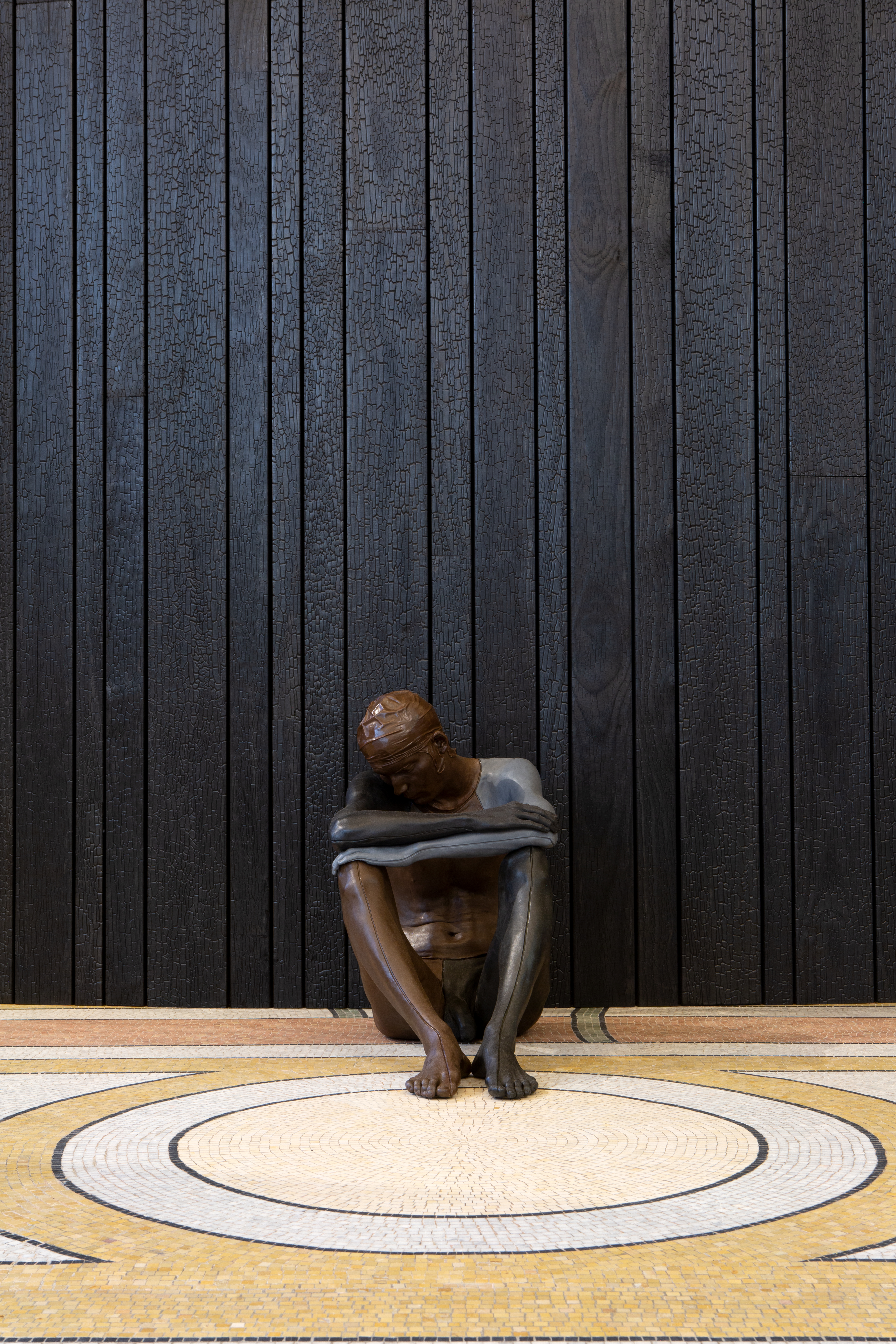