The Petit Palais is holding the first solo exhibition in France of work by Afro-American artist Kehinde Wiley.

The exhibition features a previously unseen series of ten monumental works, in the form of stained glass windows and paintings, showcased at the heart of the museum’s permanent collections.

Kehinde Wiley draws on the tradition of classical painting masters such as Titian, Van Dyck, Ingres and David to create portraits drenched in colour and abounding in adornment. The subjects are young black and mixed-race people, anonymous models encountered during ad-hoc street castings. The result is a collision where art history and popular culture come face to face.

The artist eroticizes the invisible, those traditionally excluded from representations of power, endowing them with hero status. His work takes the vocabulary of power and prestige in a new direction, oscillating between politically-charged critique and an avowed fascination with the luxury and bombast of our society’s symbols. 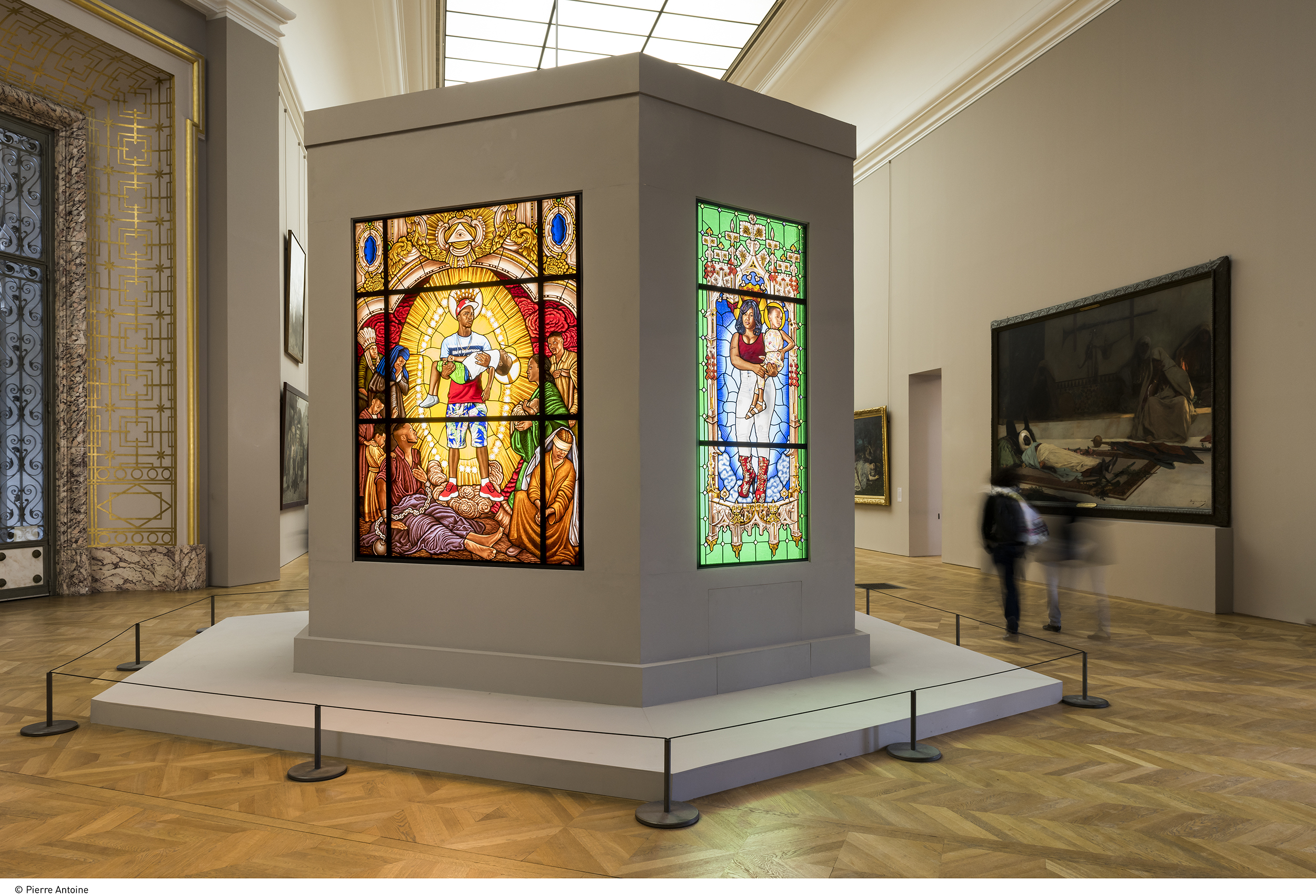