Painting the soul of Russia

From 5 October 2021 to 23 January 2022, the Petit Palais presents the first French retrospective dedicated to Ilya Repine, one of the greats of Russian art. Little known in France, Repine’s oeuvre is nevertheless considered a milestone in the history of Russian painting of the 19th and 20th centuries. Some one hundred paintings, including very large format works, will be on loan from, notably, the State Tretyakov Gallery in Moscow, the State Russian Museum in Saint Petersburg and the Ateneum art museum in Helsinki, Finland. The exhibition allows visitors to retrace the career of this illustrious Russian painter through his masterpieces. 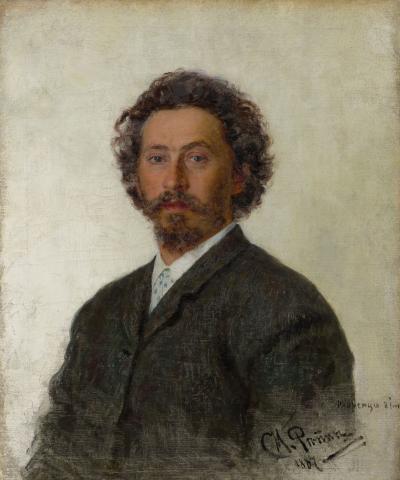 A key figure in the art world of his time, Repine took an interest in different aspects of culture, from literature to music and science. He was very close to many Russian personalities such as the writer Leo Tolstoy, the composer Modest Mussorgsky, and the collector Pavel Tretyakov. Witness to the many upheavals that shook Russia during his lifetime, Repine was particularly attentive to the profound historical and social changes that shaped his country, echoing them through his work.

Thanks to an immersive design approach and exceptional loans, the exhibition transports visitors to the Russia of Tsars and revolution. It presents the diversity of subjects and styles developed by Repine over the course of his career, offering a vast panorama to better discover this painter of the soul of Russia.

Zaporozhian Cossacks writing a letter to the Turkish Sultan

Hopak, Dance of the Zaporozhian Cossacks